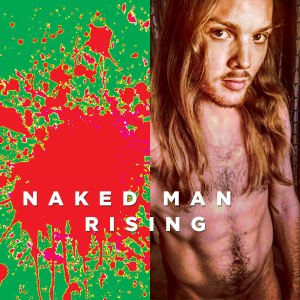 LOS ANGELES — There is something immensely satisfying about a good revenge fantasy well done. And “Naked Man Rising” is well done indeed.

The writing is crisp and the play moves along at a deft pace. But the words are simply a vehicle for Kyle Durack’s powerful interpretation. The Canadian actor was born with spastic diplegia cerebral palsy, and in this piece he sheds his disability along with his clothes to reveal the inner strength concealed by a “weakened” body.

Durack plays “Long Game,” a character with cerebral palsy who, on his first day at high school, meets a gang of typical school bullies —Clint, Arnold and their leader, Tommy Gun. After some initial ribbing, “Long Game,” as they nickname him, rather than being bullied, is inducted into the group.

As time passes, “Long Game” tells stories of pranks, including spying on the girl’s showers, where “Long Game” falls for Allison Reynolds, cheerleader and unattainable goddess.

At the end of the year, the boys go camping and the real long game is revealed as Durack’s character is left naked and alone on a mountain. At this point, Durack is literally and figuratively naked. For the rest of the play, he remains physically bare as he builds an emotional wall fueled by revenge.

At the end…? Well it is a revenge fantasy, but there will be no spoilers here.

Durack uses his physicality well as he tells the story. He begins with a pronounced limp, the weight on his left leg almost exclusively balanced on his toes, the scar from his surgery clearly snaking down his back as he turns. When “Long Game” decides to rebuild himself to carry out his plan, Durack shifts his posture to portray new strength of both body and purpose.

“Naked Man Rising” mixes humor and action into the monologue, and writers Chambers Stevens and Travis Perkins (who also directed) are to be complimented. But this is Durack’s show. He breathes life into “Long Game” and the audience gets to enjoy and share in his transformation.

Ultimately, the naked man rises, both in the text and on the stage, and rises high.

The show was presented July 13-16 as part of the Son of Semele Solo Creation Festival. The festival continues through July 31.