My preview of the 2018 Oscar Best Picture nominees was published in the March ISSUE magazine. Pocket reviews of each of the nine nominees and my favorite film of the year. The eventual winner was “The Shape of Water” which I liked very much, but “Phantom Thread” would have been my choice. I think I need to watch it again. 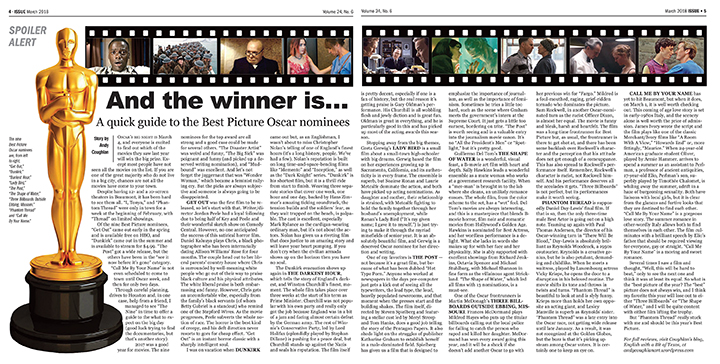