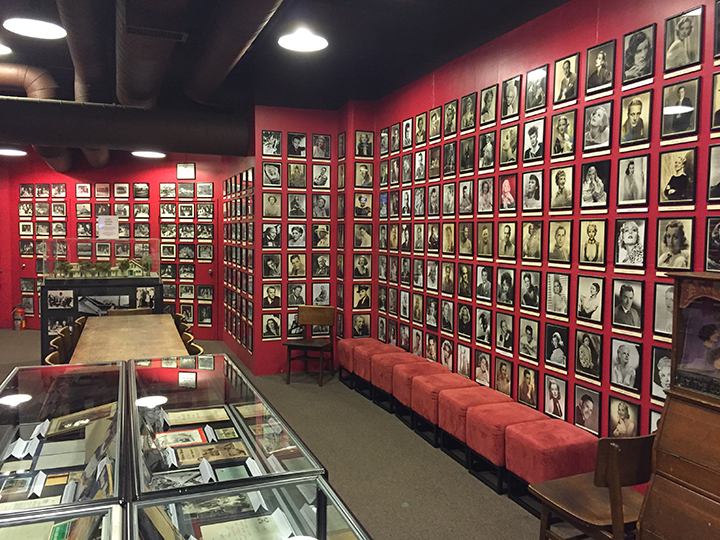 HOLLYWOOD, Calif. — Among the flashier and more obviously touristy sites on Hollywood Boulevard sits the biggest treat for fans of Tinseltown’s Golden Age.

The Hollywood Museum is housed in the old Max Factor makeup factory, on the corner of Highland Avenue in the heart of Hollywood. Factor was the makeup artist to the stars and dubbed “the father of modern makeup.” He purchased the building in 1928, shortly before the Great Depression started, and the Art Deco-style building finally opened in 1935.

Over the years, the cosmetics company Factor built went through various owners before the building was sold to the museum in 1994. It took nine years to restore the building’s lobby to its current splendor, and while the ground floor focuses on old Hollywood glamor and the work of Factor, movie paraphernalia fills the basement and upstairs former factory space.

As well as being a fabulous building, the museum has something for every taste. Interested in horror? How about Hannibal Lecter’s cell from “Silence of the Lambs.” Old Hollywood? Here’s Cary Grant’s car, which sits under the model plane used in “Jurassic Park 3.” Movie props? The Beverly Hillbilly’s car sits upstairs, along with costumes from movies as diverse as “Planet of the Apes,” The Flintstones” and “Star Trek,” and TV shows from “I Dream of Genie” to “Mad Men.”

The basement is every horror lover’s dream, with costumes and tributes to legendary actors such as Karloff, Lugosi and Cheney, as well as monsters from Frankenstein, The Mummy, Dracula and the Werewolf, to modern terrors such as Jason, Michael Myers and Freddy Krueger, and cult favorites such as Vampira (Elvira is upstairs, along with her car).

The museum also claims to host the largest collection of Marilyn Monroe memorabilia, including her “Million Dollar Dress,” the coroner’s report, her makeup and various and sundry items and photos.

The highlight of the museum is the ground floor, which casts its eye squarely on old Hollywood. The walls are covered from floor to ceiling with photographs of stars from the Golden Age., along with props and outfits.

The exhibit also honors Factor’s career and innovation. He worked with every major studio star, and some of the devices he used to calibrate the perfect makeup look almost like medieval torture devices. Bette Davis’ and Joan Crawford’s makeup kits are on display, as if they had just stepped out.

Roddy McDowell’s powder room is displayed, complete with its pink toilet. And when I say his room, it is the actual room, walls and everything. The room is filled with photos of his famous friends, all signed to the actor.

The lobby is a thing of beauty in its pink Art Deco splendor. An original pair of ruby slippers from “The Wizard of Oz” — one of seven in the world — are proudly displayed, but Max Factor’s personal makeup kit takes pride of place.

Film fans just interested in kitch and costumes will have a fun time negotiating the labyrinthine displays. And true movie buffs will delight in the history and glamor found within the museum’s wall. Don’t miss it.

Thanks to Ramona Young for many of the photos.